In iClone, real-time self-shadow function can be accessed in the Light – Modify page. 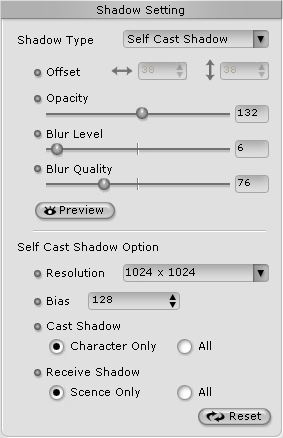 In the Shadow Type drop down list, there are three types of shadows: